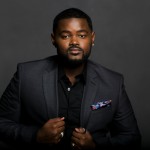 Working with John Holiday, countertenor, as his publicist over the last several years has been an exciting journey. These are a few of my favorite moments.

The Charleston Post & Courier featured John Holiday during his successful run during the USA Spoleto Festival 2015. Wildly successful run, I should say, since the article headline reads, “John Holiday steals the festival.”

The Post & Courier produced a companion video of John for this story. I think it portrays the life of an artist wonderfully!
Meeting the Artist: John Holiday

John HolidayOpera public relationsOpera publicistpublic relations
Share This
Blog Articles
Many a successful project has been launched over a cup of coffee. Let’s connect and talk!
Email Donna
Copyright Miller Consulting 2021 - All Rights Reserved | Privacy Policy
Back To Top
×